Here is another picture of LightZord wearing his Lei: 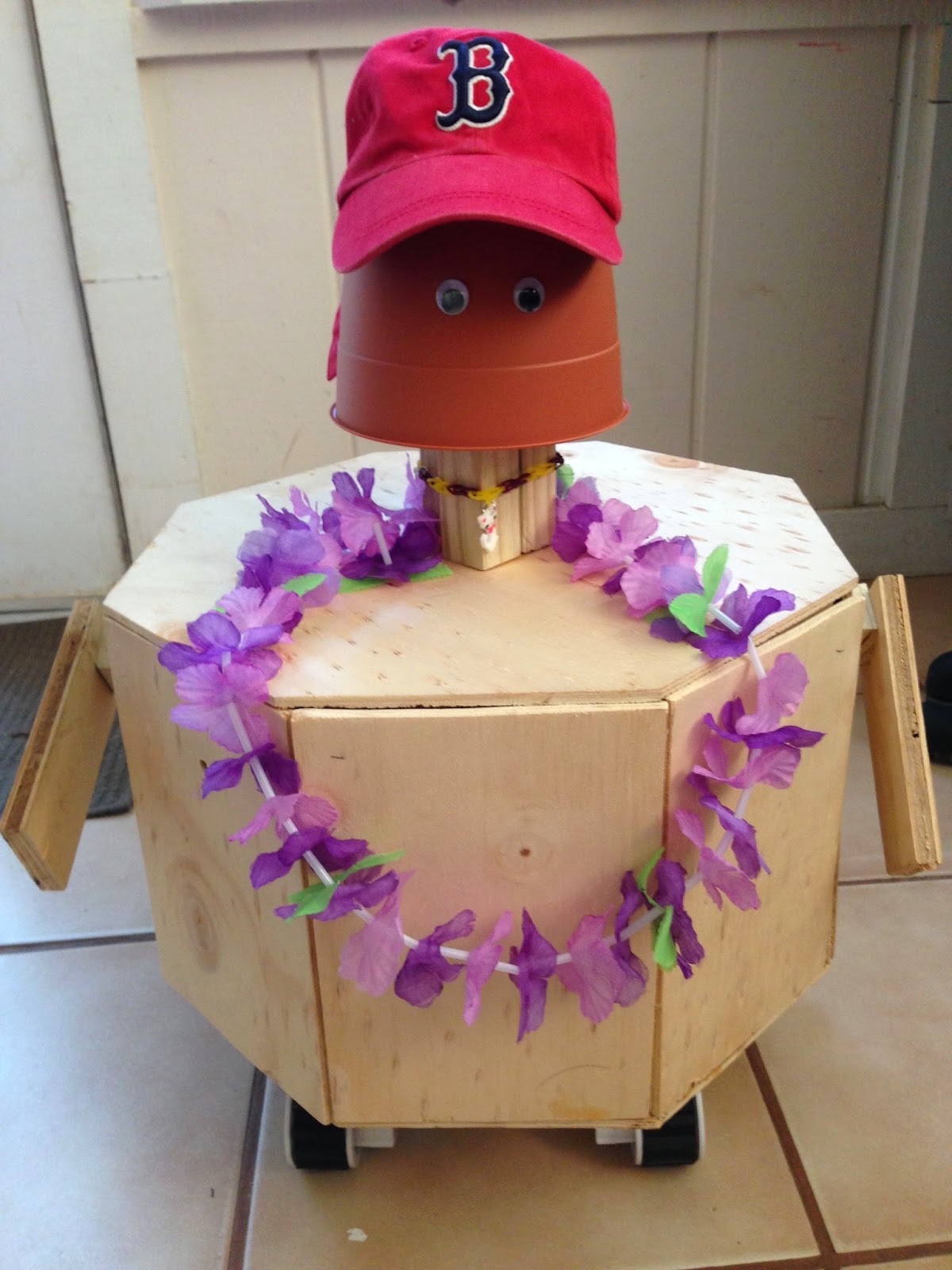 As you can see, he has a little bit of a weight issue that causes him to wobble a lot when he turns (at least I think that is the problem).  Not really sure how to solve this issue yet but if anyone has a suggestion please leave a comment below.

Here are a couple of pictures of the inside of LightZord: 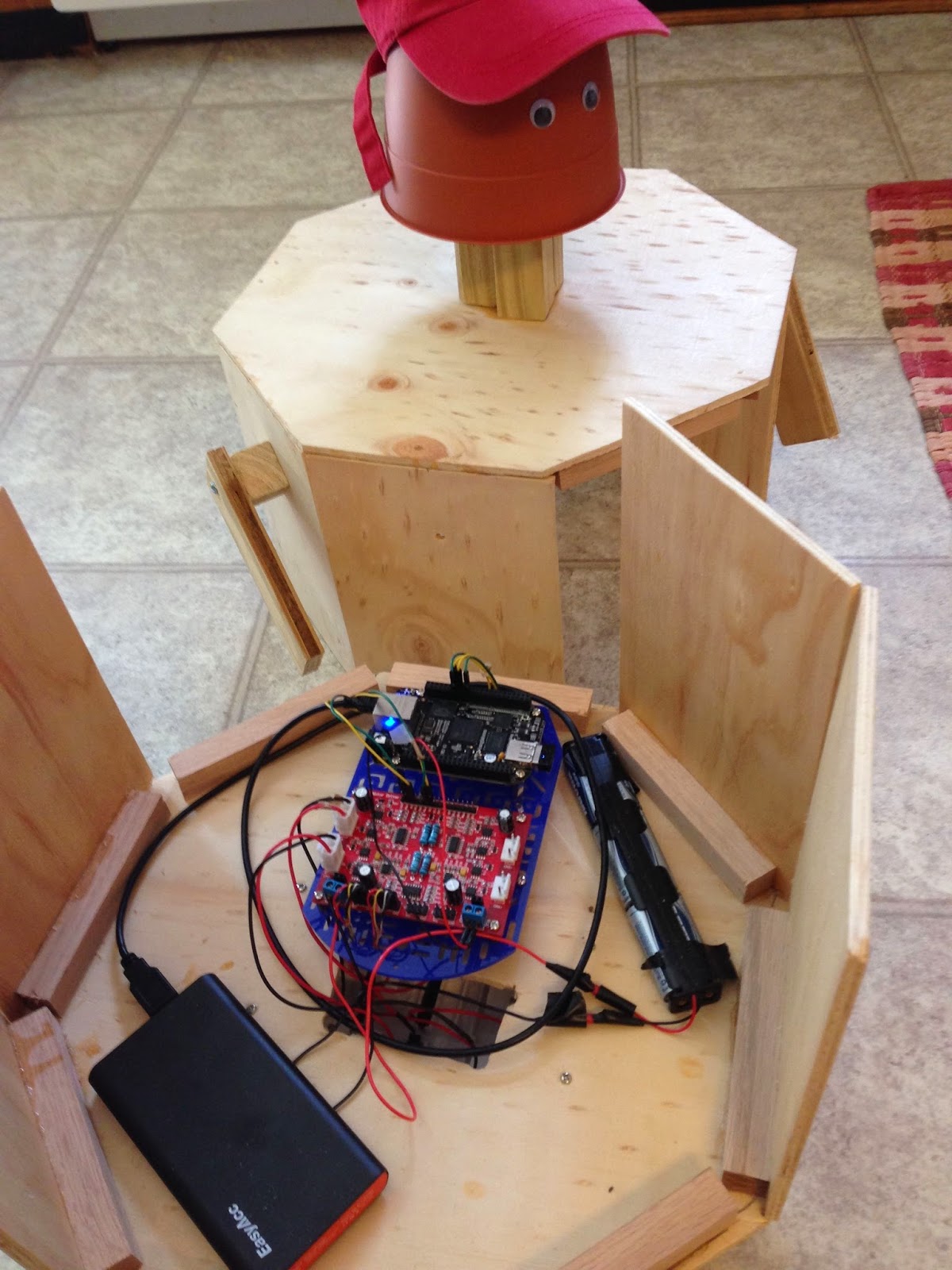 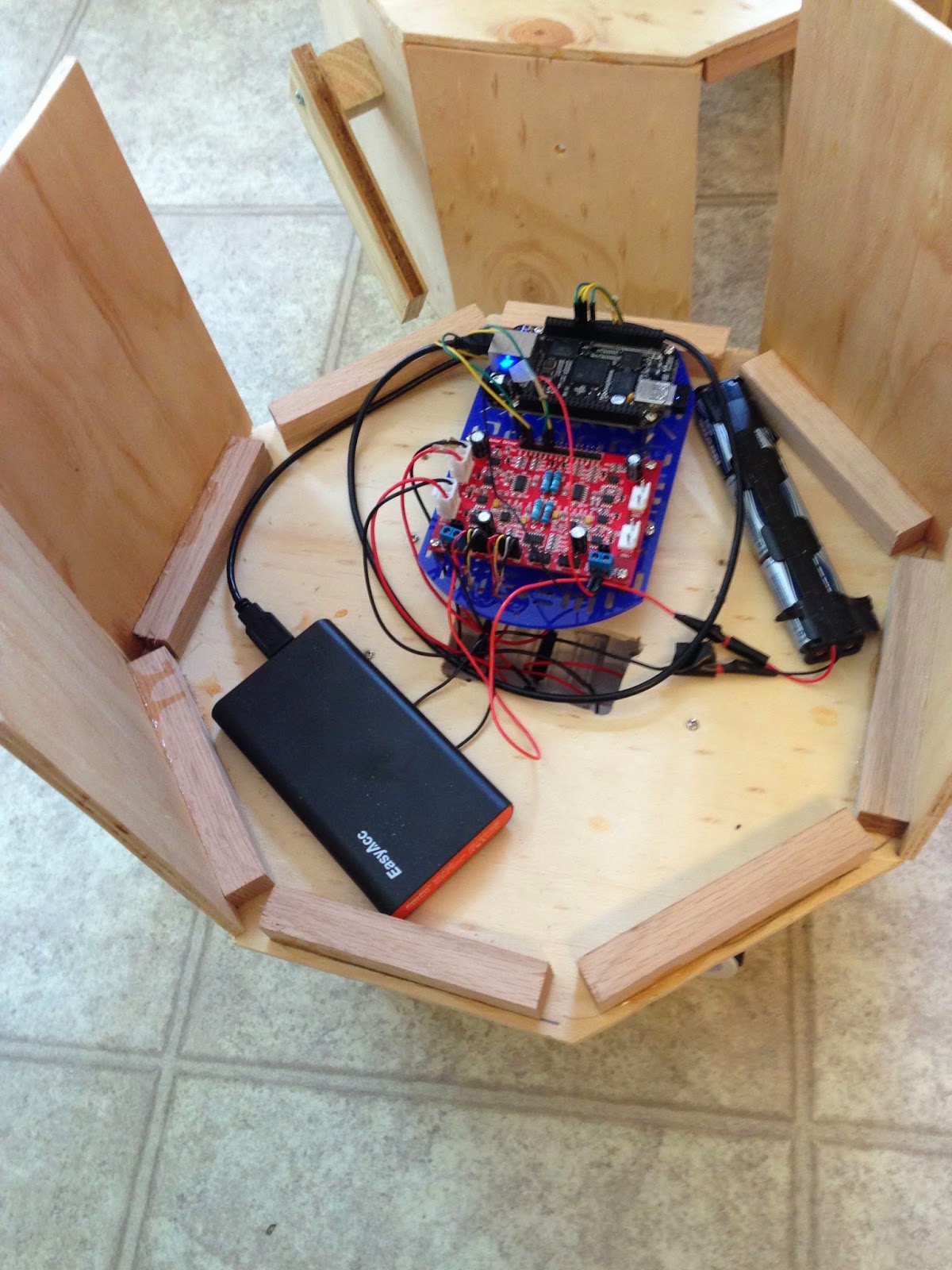 The insides are wired exactly the same way as my previous robot and this is documented in the following posts: 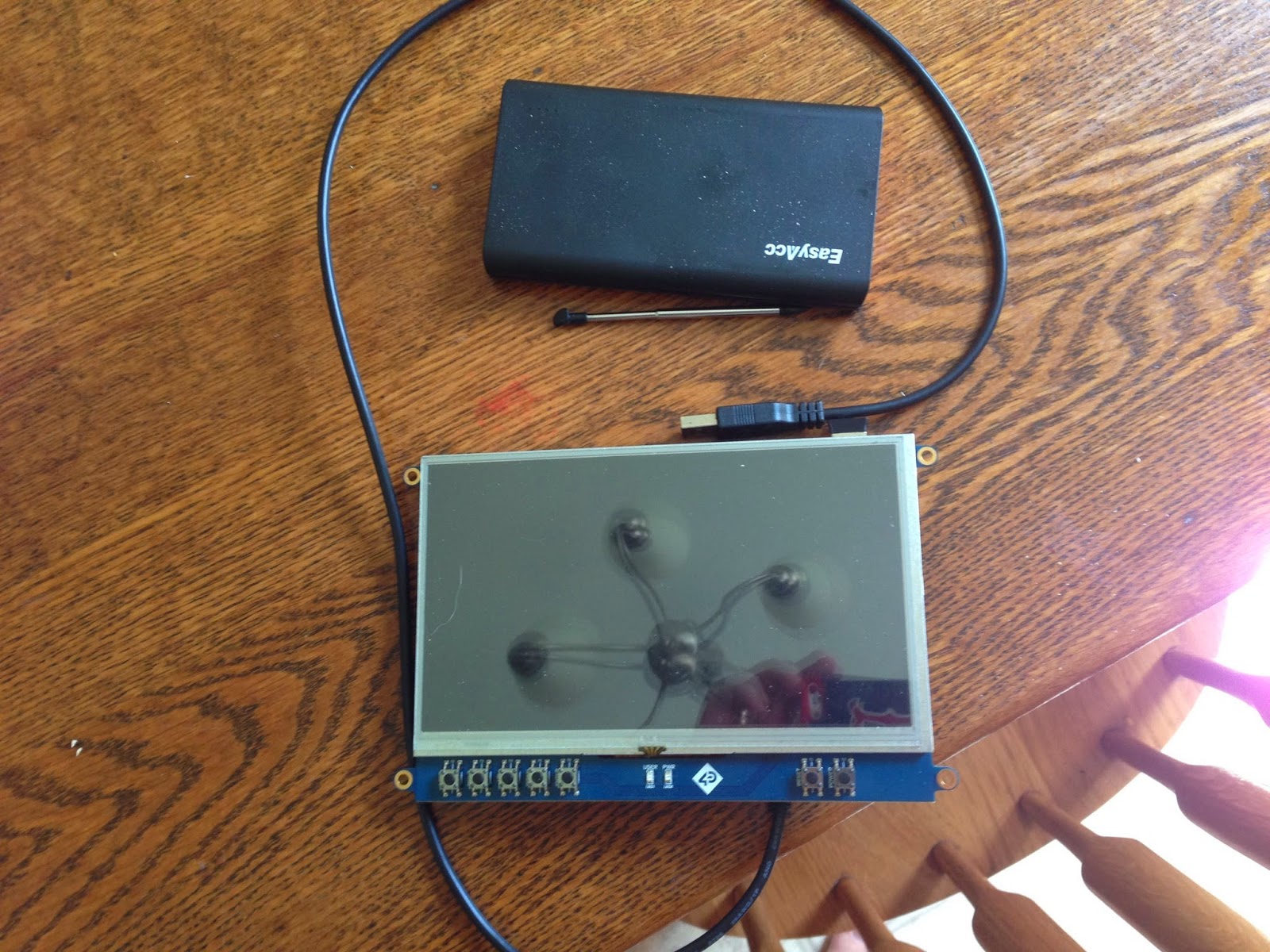 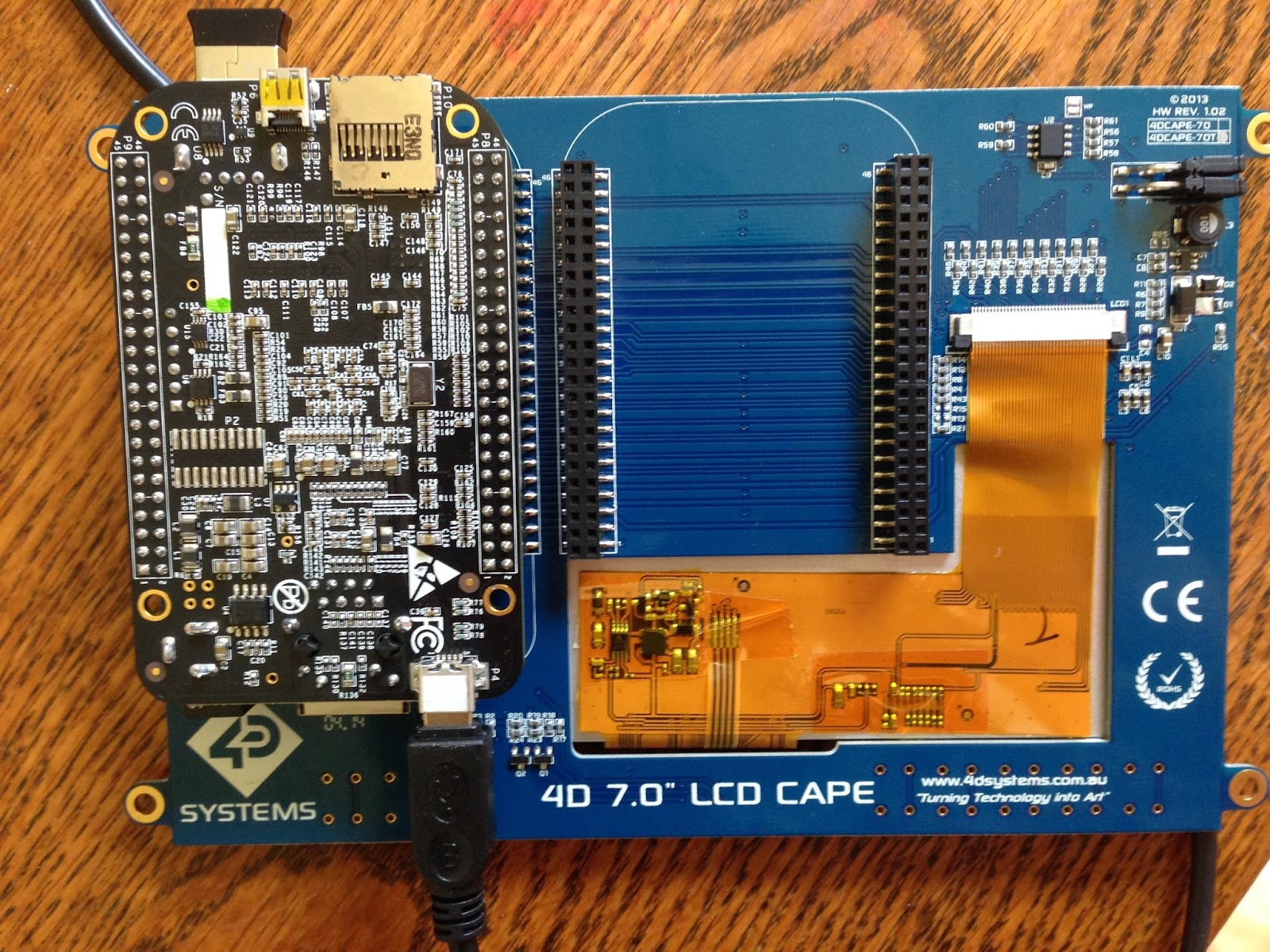 The new Beaglebone black Rev C comes with Debian preinstalled but I had a lot of issues trying to get the Bluetooth adapter to work with the preinstalled version of Debian so I put Angstrom on it.  Beaglebone.org’s getting started page documents how to install a new OS.

There is a virtual keyboard under the Universal Access menu option titled Florence Virtual Keyboard application.  This keyboard works really well with the touch screen but I would not recommend configuring your Beaglebone using that small keyboard.  It is a lot easier to connect your Beaglebone to your network and SSH in.

Now that I had my touch screen connected and calibrated, I configured the USB Bluetooth adapter as documented on in this post.  I then paired the controller with the LightZord robot and ran the Rover 5 rfcomm client application whose code is inthis post.  From here I could control LightZord buy typing in the following commands:
u – full speed
j – all stop
i – increase speed
k – decrease speed
o – set direction all forward
i – set direction all reverse
z – spin left
c – spin right

This was a pretty cool Father’s day project with my daughters.  There is still a couple of to-do’s left.  I want to eliminate the wobbling when LightZord turns, I want to add a GUI to the Rover 5 rfcomm client application and finally we still need to paint/decorate LightZord.  After all that is done, we can then add some sensors and create a robot that can move around by himself.