In my last post “My first working robot, It’s Alive”, I showed how to connect the BeagleBone Black to the Rover 5 Tracked Chassis, using the Rover 5 motor controller, and ran a quick test to verify everything was working properly.  In this post I will share the code for the Python module that I wrote to help control the robot and share some sample scripts that demonstrate how to use the module.  I also included a new video and images of my robot since I added an expansion plate and mounted the BeagleBone and the Motor Driver Controller (no more cardboard). 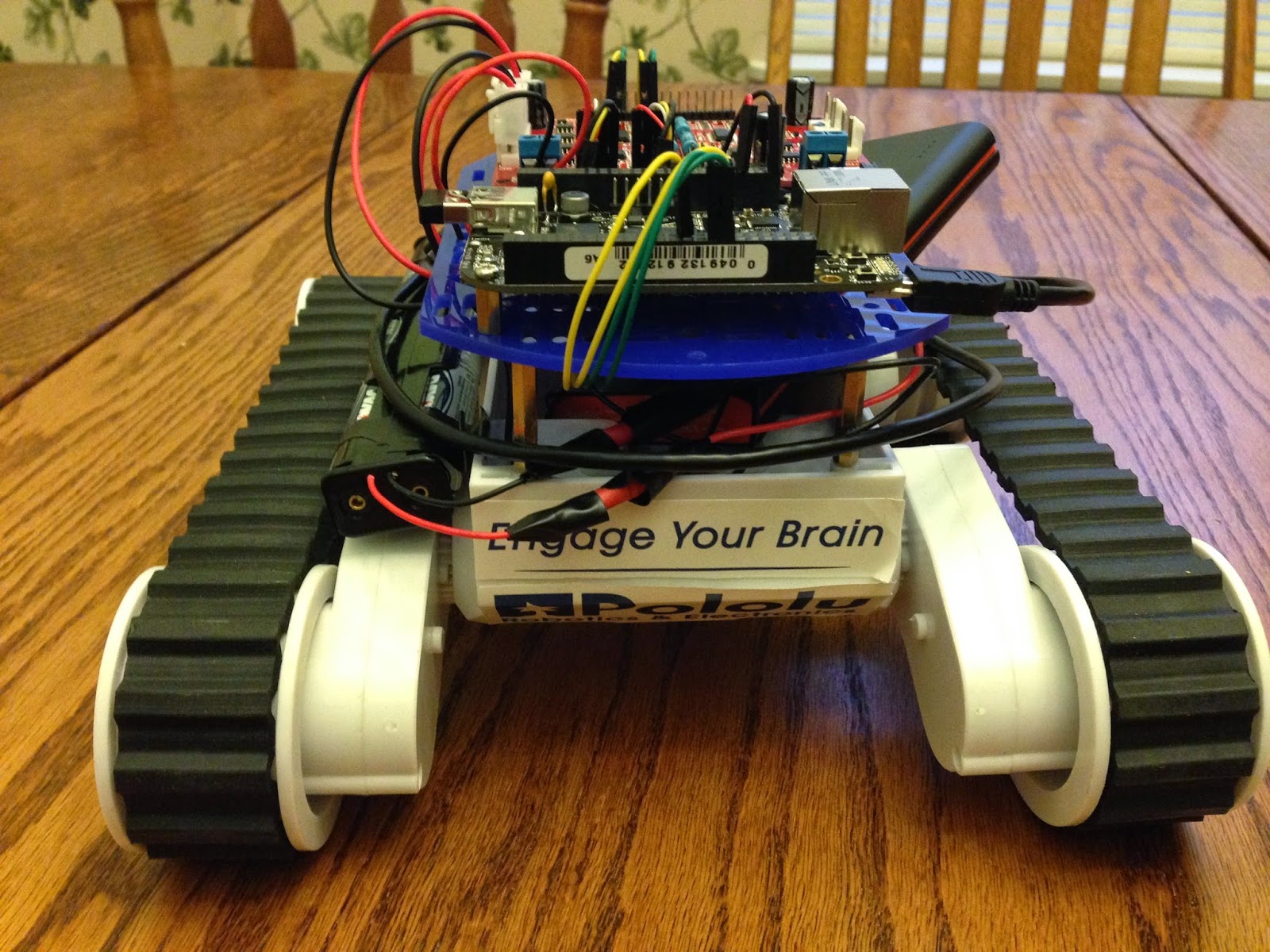 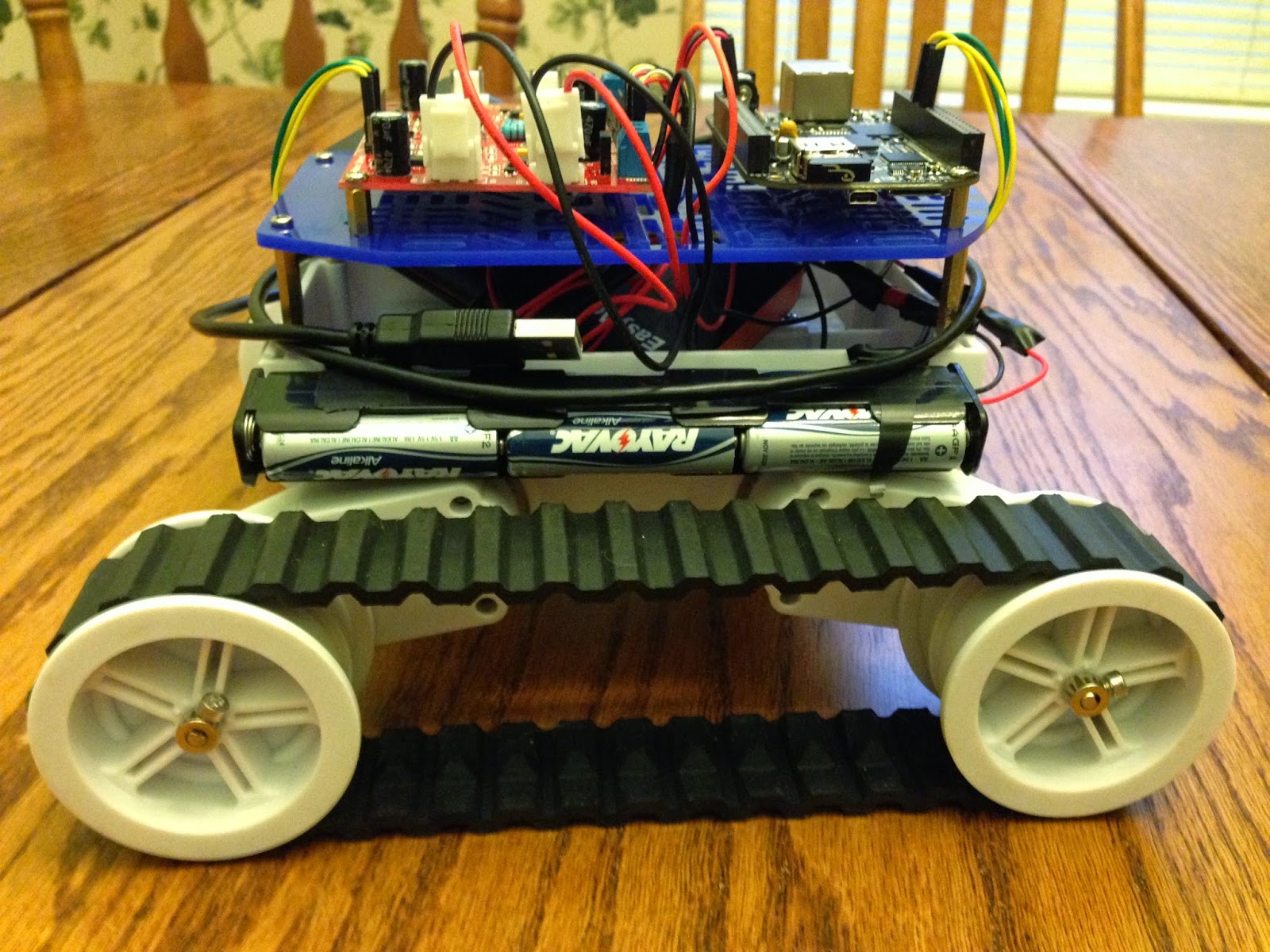 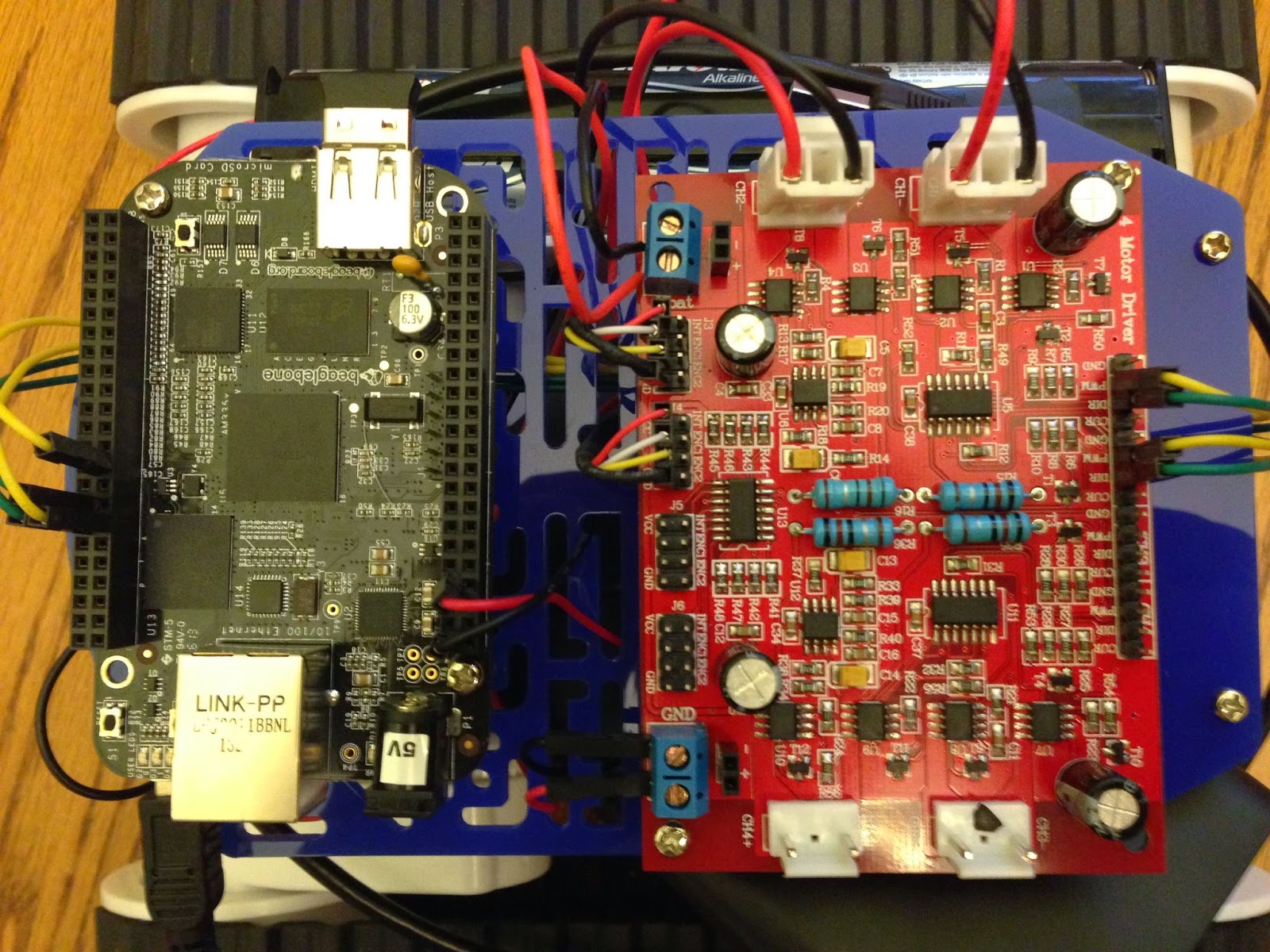 My BeagleBone Black Rover 5 module
In my last post I ended it with a simple test script that verified everything was properly connected.  If we really want to write applications in Python to control our robot, we need to start off by creating a good Python module that defines the basic movements of our robot like setting the speed of the tracks, changing direction, keeping track of the current speed and spinning.  This section shows the rover_beaglebone.py module that I wrote and also explains the functions that it exposes.

Here is the code for the rover_beaglebone.py module that I wrote:

This module begins by importing the Adafruit modules that we discussed in the last post.  I use these modules to control the BeagleBone Black’s expansion ports.

rover.all_stop()
Save the script and run it using the following command “python module_test.py”.  If everything is working correctly, the rover should go backwards for one second, stop and go forward for 1 second, and finally spin left for one second before stopping.

Third and final post in this series
In the next couple of days I will be posting the third and final installment in this series.  This post will show how I added a USB Bluetooth adapter and added an external power source to free the robot of the need to connect to my computer or a power outlet.  I will also post my Python code that allows me to control the robot